On the night of June 12, 2020, Atlanta police officers murdered Rayshard Brooks, a 27-year-old Black man, at a Wendy’s in south Atlanta, Georgia. This took place immediately following the high point of the countrywide uprising in which people responded to the murders of George Floyd in Minneapolis, Breonna Taylor in Louisville, and countless other Black people around the United States. In response, a new wave of protest and revolt broke out across Atlanta, in which the Wendy’s burned to the ground. Armed Black demonstrators occupied the site of the Wendy’s, mourning for Rayshard Brooks and seeking to create spaces of Black empowerment.

Ahead of the anniversary of the George Floyd uprising, we present We Are Now, a film centering the voices of participants in the occupation of the Wendy’s. We hope that this will help to pass on the memories of some of the forms of courageous resistance to white supremacy and policing that took place in 2020, along with the lessons that people derived from their experiences. None of the struggles depicted in this documentary are concluded. Let’s learn from the past and prepare for the next chapter.

Content warning: this film shows lethal police violence and resistance to it.

To show solidarity to those still fighting in Atlanta today, you can support the following projects:

Here is a version of the film without subtitles. We invite translators to prepare the subtitles in other languages; contact us for the SRT file.

We didn’t know the Wendy’s occupation was still happening. It was a few hundred miles away and it felt like every stretch of highway we had previously ignored suddenly led to something strange and promising—a mystery of not whether, but how people’s misery would be expressed. The map was bigger now. Every town wanted to represent and there was a shit ton of news coming at us. On all devices. At all hours. From all kinds of people you kind of think you remember from that band that played that party… A whirlwind of memory and doubt about the veracity of any information. Objectivity defenestrated.

Nevertheless, some things were real. Rayshard Brooks was a Black father of four, shot dead in Atlanta by two police officers—by every police officer—on June 12. It was caught on camera and word spread fast. On June 13, demonstrators—mournful, angry, and hyped—burned down the Wendy’s. On June 14, people began occupying the Wendy’s as a “cop-free zone.”

We didn’t know any of this. We were in Atlanta for a rave and figured the Wendy’s was over or heavily co-opted. We didn’t know shit. We had heard about a protest plaza in DC, the CHOP in Seattle, a tent city in Philadelphia, a Confederate monument transformed into an open-air revolutionary social center in Richmond, but we didn’t know if any of these were ongoing on any given day.

To know for sure, you had to go.
And we had to know.

Into Atlanta a few hours before the party.
Should we go check it out?
That’s it. It’s still happening.
The signs look weird with their lights out.
Can we get closer?
Other people are going in.
Ok let’s try but if they tell us to fuck off…

“Welcome to the Wendy’s of not Georgia. Some ID please. Hold on a second.” Not like a cop… more like that time I went to a Caracol in Chiapas and had to surrender my passport to enter. Guns too. I can’t wait for a world without guns or identification. There’s already no cops here, and you can just sense that they aren’t coming anytime soon. He looks so tired. It’s been more than a second… more than a minute. Finally, “Ok, just don’t park over there.” He gestures to the flowerful corner where Rayshard Brooks was killed.

We gather in the back with the multi-racial, but mostly white, crew of multi-tendency—but mostly anarchist—carpenters while the multi-racial, but mostly black, security team watches the entrance in multi-quality, but mostly cool, cars with good speakers and bass music. A man walks over. “I just want to thank y’all for what you’re doing.” Oh shit, that is a lot of weed. And it’s gushy. The carpenters exchange straight-edge inside glances, and people have COVID-19 nerves, too, but I see the love in that man’s eyes and I will smoke his weed. It is one thing to be permitted—it is another to be welcomed.

We need a guide. We find a guide. Old friend guide. This old feeling. No one’s in control. Cars come in fast and their tires sing screeching hysteria to us. They’re gone. We’re gone too. Winding around the city. “Don’t stand there, that’s where people get shot.” A few weeks later someone is shot there. We find the rave. Bass. It’s happening. I’m in love with everyone. Or free. I’m keeping the faith. With everyone. Or both because same. Same and both.

“Dude, we’ve only ever hung out in official states of emergency. This is like number four.”

The sun is rising. Everyone is arms all over each other. There’s a kitten when we get to our car. It’s time to find darkness.

We release this film in memory of everyone who has lost their lives to state violence—across the United States, but also worldwide, from Colombia to Myanmar and Palestine—in hopes that together, we might one day bring about the end of every institution that treats human beings as disposable. 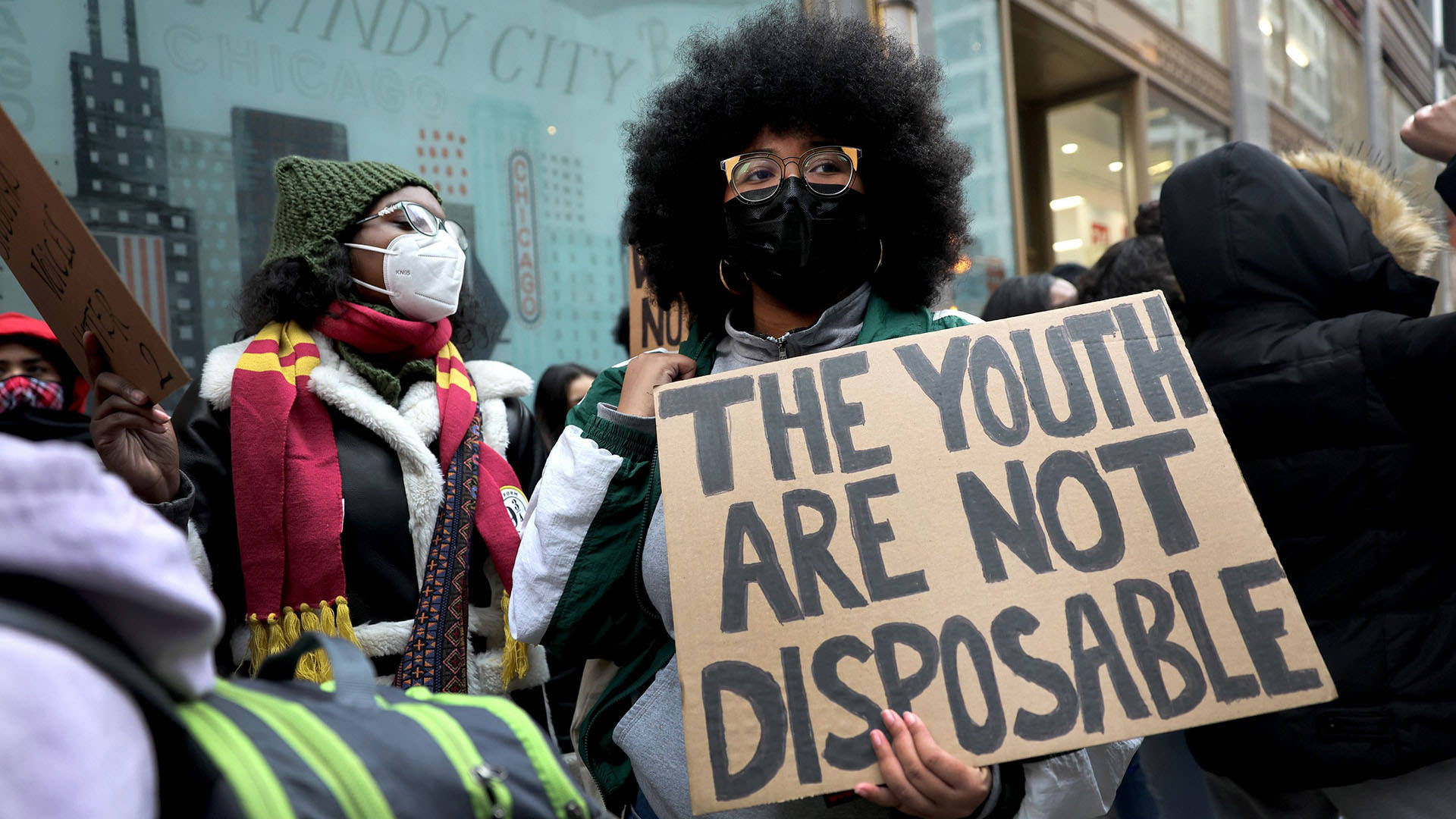 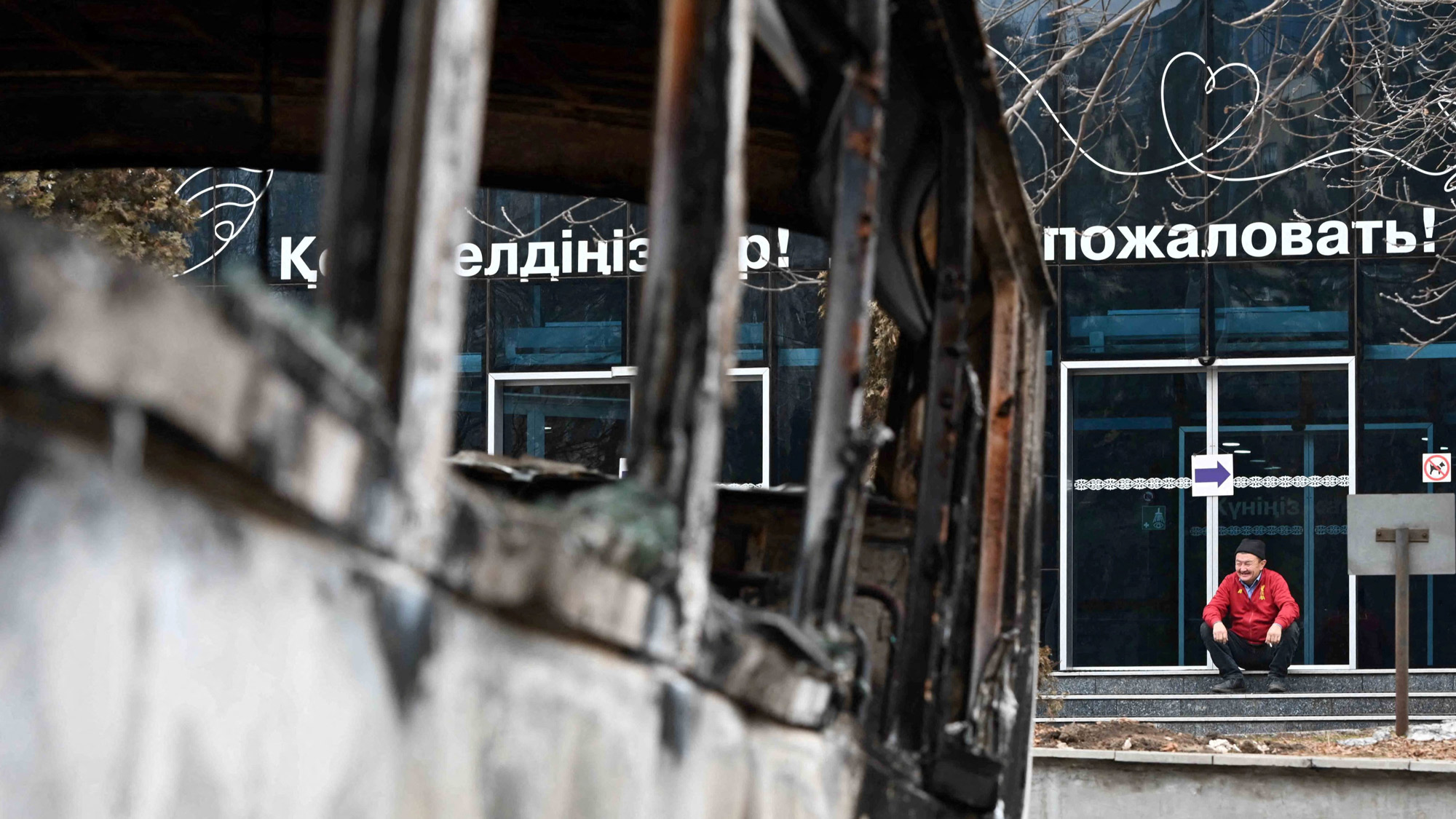 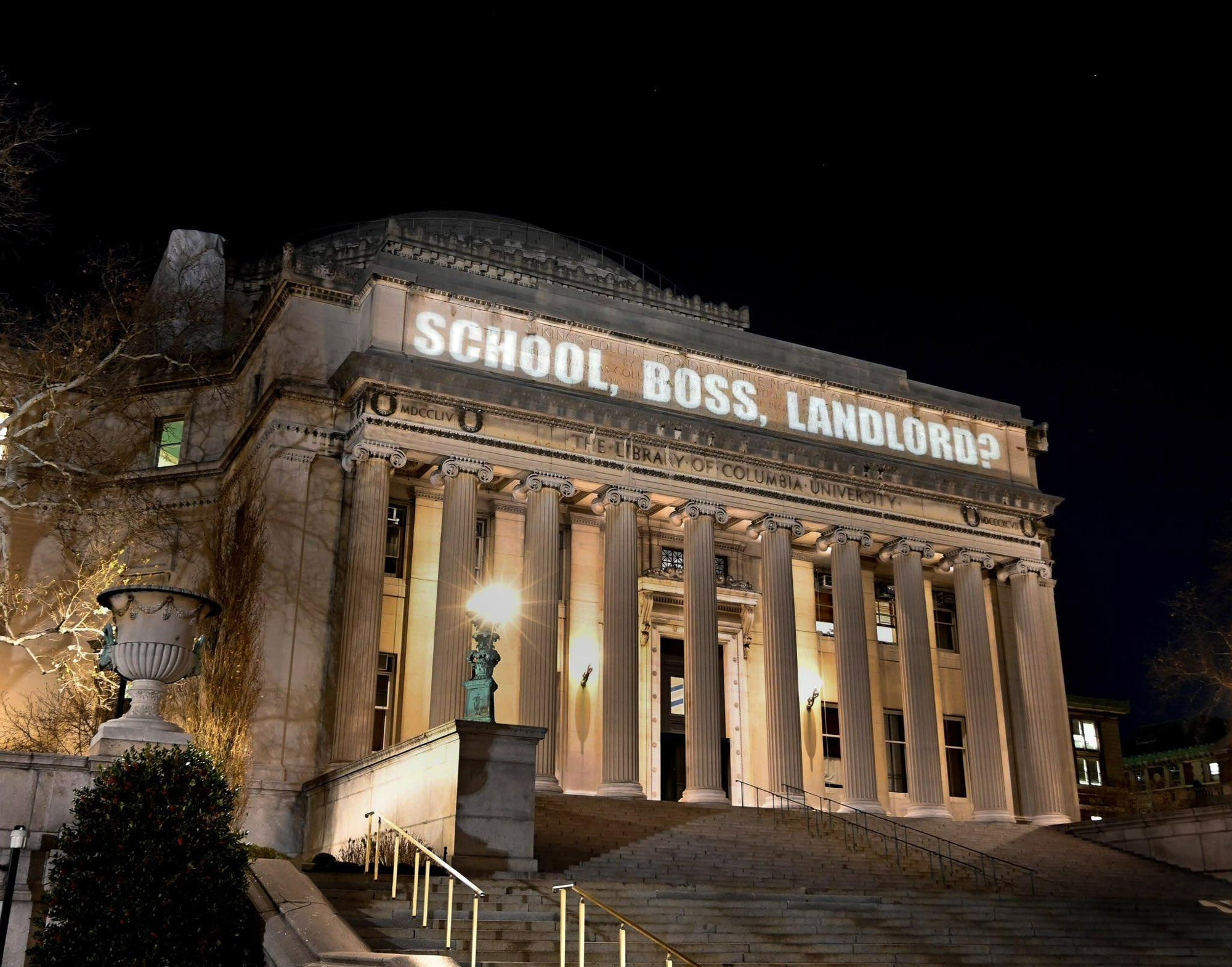 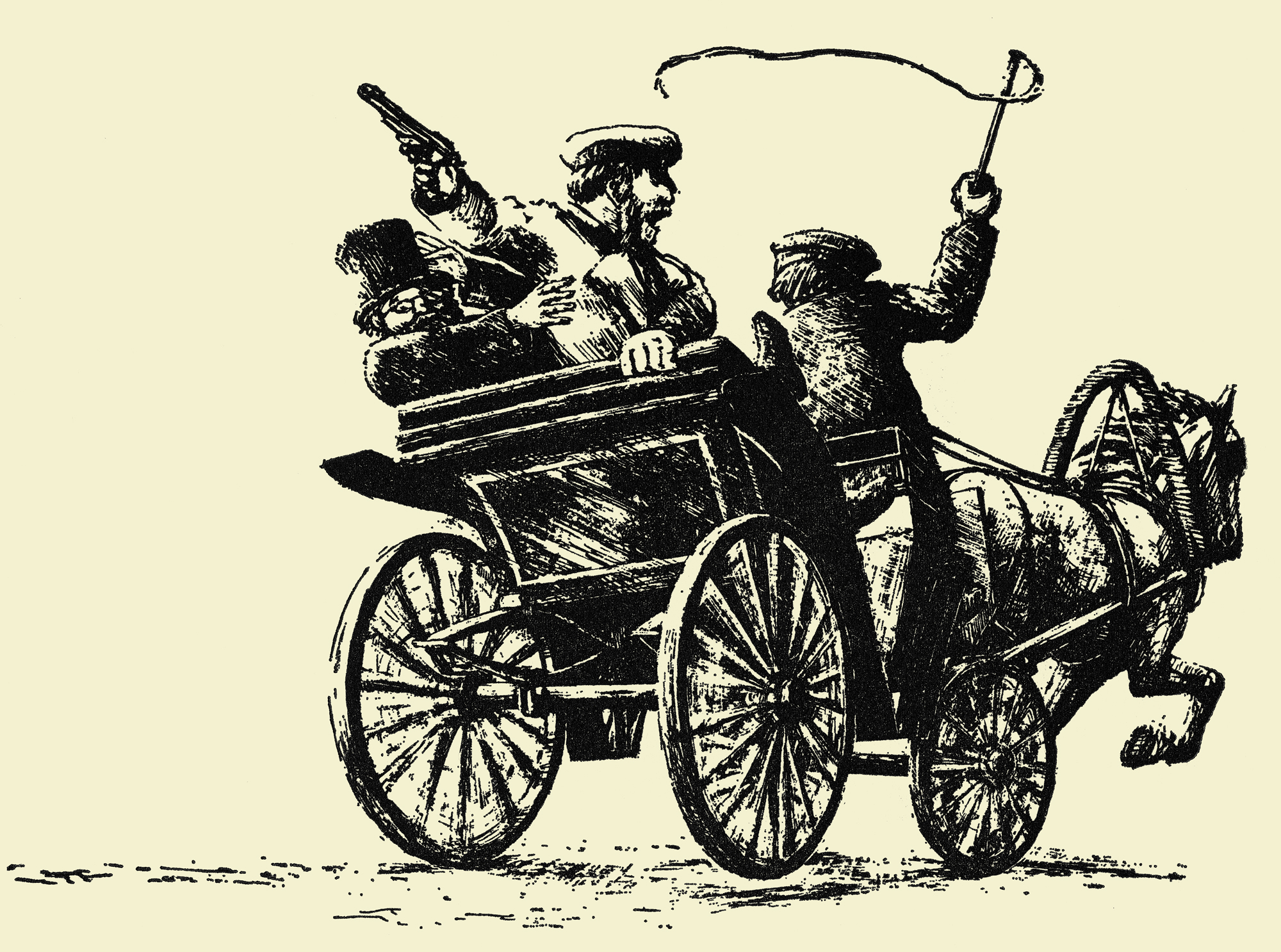 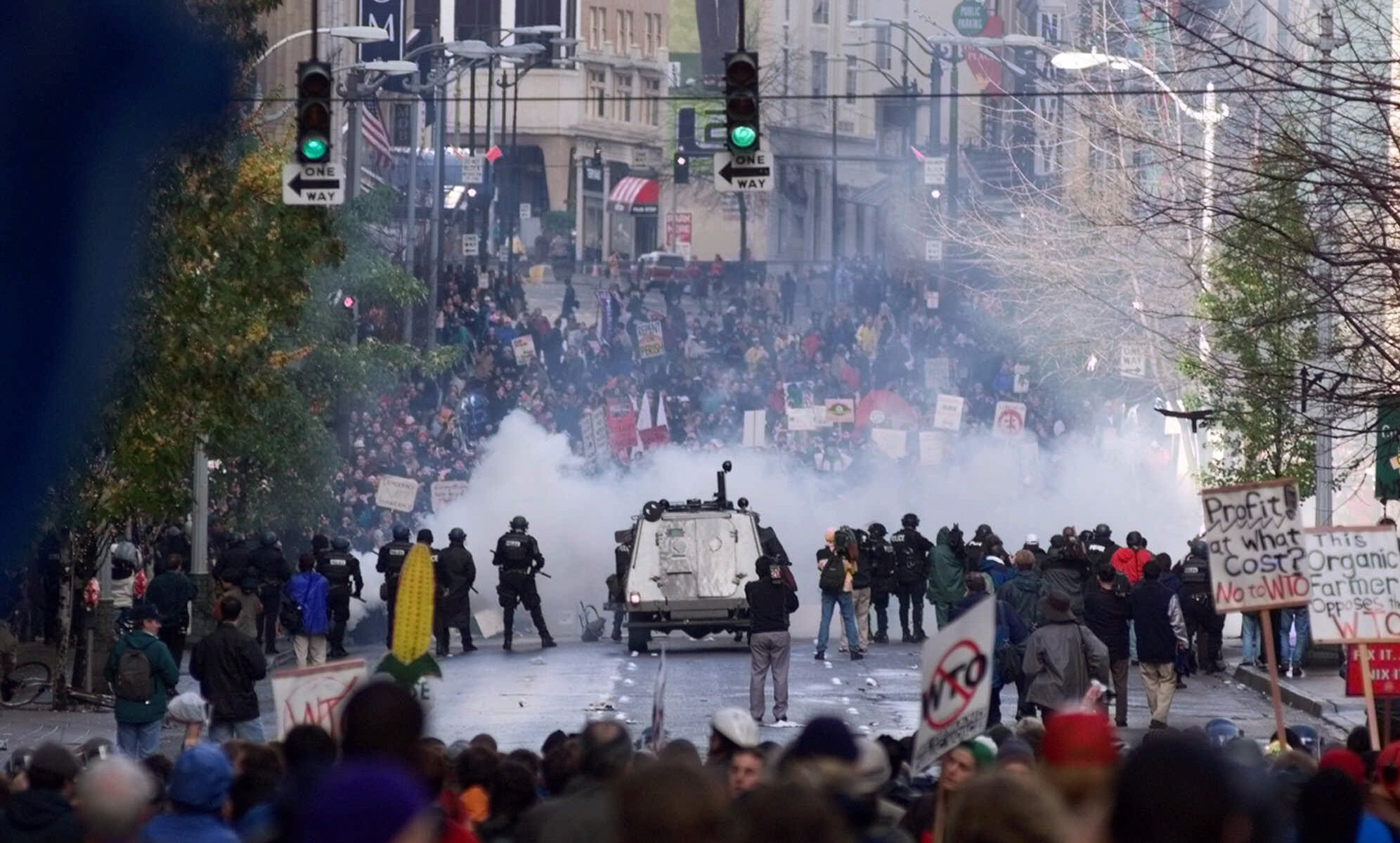